Lempira was the 6th-century ruler of the indigenous Lenca people , who is renowned in Honduran folklore for leading the (ultimately unsuccessful) local native resistance against the Spanish conquistador forces. He is a national hero, and is now the Honduran currency as well.

One tradition that the school participated in was “India Bonita” (or “Beautiful Indian”) pageant.  One girl and one boy were chosen as “best little indian” by the cheers of the crowd.  Little Alison of our class got second place. 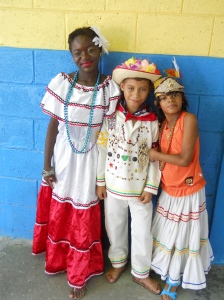 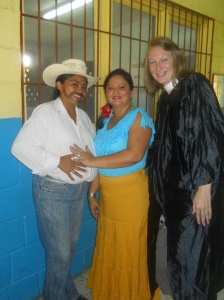 don't laugh at our costumes now! (The man, Felipa, the priest)

To learn more about Missions Door or how to support our ministry click here.

What to serve Signs of Love right where you are?

Here are some ways you can get involved using your TIME, TALENTS, or RESOURCES!